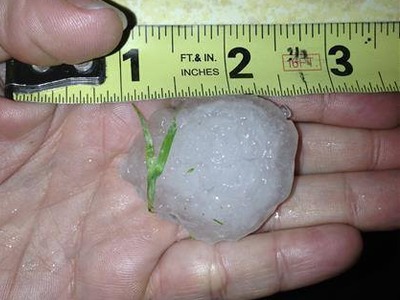 Most people, when they hear about hail, think of small pea-sized pellets of ice that make a peculiar pinging sound but don’t do any real damage. Some people might think of the large marble-sized pellets that can leave small dents in cars or destroy plants. However, in Texas, hailstones can be much, much larger.
Hailstones in Texas can be the smaller, more benign variety that most people think of. However, it is not at all uncommon for us to experience devastating hailstorms that leave large swathes of hail damage to residential roofing, commercial roofing, and vehicles.

Texas has seen some of the most spectacular hailstorms in the country, and holds some dubious distinctions. For example, softball-sized hail in Texas is common enough that most people have either seen it or know someone who has.

In 2006, a hailstorm in San Marcos resulted in a staggering 17,000 insurance claims with an aggregate value of more than $100 million (some estimates reached up to $160 million). As bad as this was, it was dwarfed by the 2012 storm in the Dallas/Ft. Worth area that resulted in damages of $900 million.

As bad as residential roofing hail damage can be, and as expensive as storm restoration can be, these “records” are not the most severe suffered by Texans: Texas has the distinction of being the place of the last known fatality from hail: on March 29, 2000, Juan Oseguera was killed when a softball-sized hailstone struck him in the Lake Worth area.

If you need a reliable business in the hail damage and storm restoration field, give S.W.A.T. Roofing & Contracting a call. We have nearly 20 years of experience in residential roofing repair (or residential roofing replacement) and we know how to get your home back in top condition. Take a look through our gallery featuring different sizes of hailstones that either our team or our customers have taken. 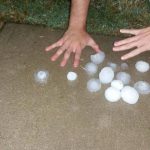 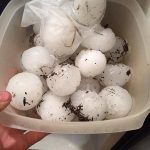 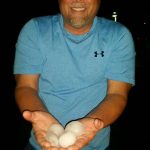 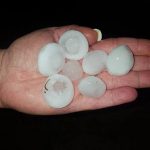 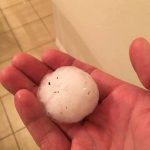 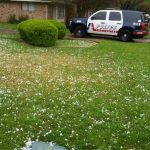 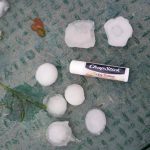 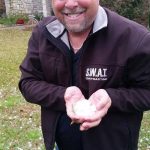 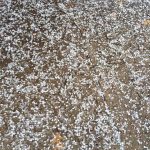 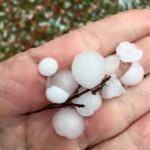 JOIN OUR TEAM!
MAKE A PAYMENT